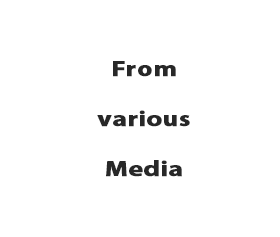 “Mr. Bachmann drew a lush sound from the orchestra, painting a grand musical landscape and enticing very expressive playing from the musicians. Tchaikovsky’s Romeo and Juliet Overture Fantasy can be an old war horse, but in the hands of an opera conductor such as Mr. Bachmann this overture can be well-nuanced and dramatic. The winds together were especially well blended. Emphasizing dynamics from the pizzicato strings was an especially nice effect, and the tension built well within the overture. While conducting, Mr. Bachmann [...] is clearly one musical mood ahead of the players. A rousing performance of Dmitri Shostakovich’s Symphony No. 9 closed the afternoon’s program.”

"Mr. Bachmann led a brilliant performance of the Symphony No. 4 [by Beethoven]. The orchestral playing was the cleanest of the four-day festival, and for once there was a welcome clarity in the sound. Particularly impressive was the grace and precision of the string playing , which gave the four movements a lyric beauty and sheen not often heard at Fort Worth Symphony concerts."

"Mr. Bachmann conducted Beethoven's Symphony No. 2. His vigorous interpretation also made much of the work's contrasts and nicely captured the wit in Beethoven's quick movements. The larghetto was quite lovely!"

"The shifting moods between the country festival (Beethoven is depicting a day out of doors), the thunderstorm and the peaceful shepherd's song were nicely brought off, and, to his credit, the orchestra produced pleasant sounds,both as a whole and in passages spotlighting different sections." Olin Chism | Dallas Morning  News

"Bachmann [was] inventive in his debut" "Energetic, elegant and occasionally given to broad dramatic gesture --both physically and emotionally-- conductor Bachmann, who conducted from memory, presented a performance characterized by a spacious overview. But the result was always emotionally satisfying. Bachmann constantly revealed the layers and textures within the music, giving an ongoing richness to his performance."

"Bachmann produced a momentous emotional journey, showing [...] a talent for finding and displaying inner voices and rich textures. His finest single moment came with the final fortissimo [of Beethoven's 6th], which has to be handled with great subtlety, coming on the tail of a pianissimo passage.

Bachmann and the orchestra gave just the right sense of solidity without spoiling the delicacy that preceded it."

"The orchestra under Jens Georg Bachmann played with engagement and virtuosity and even displayed the frivolity and irony in the pompous triumph at the end."